11 Dec The Happenings at Clearline – December 2018

Posted at 06:40h in Uncategorized by Team Clearline 11 Dec

Friday 30 November 2018 was a big day here at Clearline. That was the day the results of this year’s Common Final Exam (CFE) were released.

The CFE is anything but common. It is the final exam for students seeking to become a Chartered Professional Accountant (CPA). Students write the exam in September and the results are released around the first of December. The exam is three days long, and judging from the last few years, around 20% of writers do not succeed.

Friday morning we hosted a breakfast of celebration at Clearline, as is our tradition, to honour the writers who succeed and support those who will attempt again in the future. On the Friday in question, four of our current team challenged the exam. We are very proud to acknowledge the success of all four writers.

Every year I tend to think of the team writing as my favourite team ever – until the next year. I have taken extreme pleasure in knowing and working with each of these four people and I am proud to say that each of them has shown themselves to be of the highest character. I have watched all of them work tirelessly for the benefit of their clients and their teams. Perhaps it is my upcoming retirement making me a bit melancholy, but for whatever reason, I feel a great honour in congratulating these marvellous young minds on surviving the test.

On another note, for those of you who read last month’s article, the great moustache war was hard fought and Grant was ultimately victorious over Gurbir, who dropped, quaking at the power of my ‘stache. Gurbir, I am looking forward to sharing my two growlers with you and anyone else who cares to join us.

As a part of the fundraiser, I am currently supporting a teal ‘stache (the colour of Manning Elliott) as my good friend Harvey Peters donated $1,060 for the privilege of picking the colour of my moustache. In the final result, Clearline raised about $2,400 for Movember this year – way to go team and thanks for all the hard work, donations, and support. 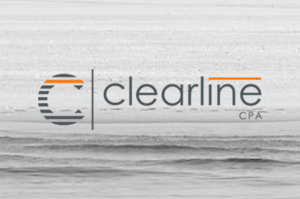 Clarity, strategy and confidence straight to your inbox.